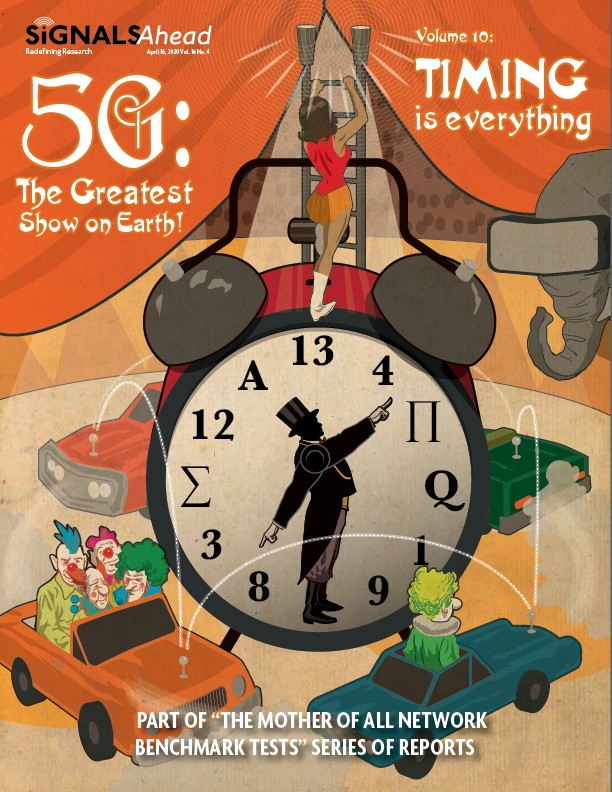 Vol 10: Timing is Everything

SRG just completed its tenth 5G benchmark study, this time with a focus on T-Mobile’s 5G NR network. In the market where we tested, T-Mobile is using a 10 MHz FDD carrier for 5G NR and an additional 5 MHz FDD carrier for LTE. We did the testing in Minneapolis and St. Paul, Minnesota in March.

Our Methodology.  We did drive testing over two separate weeks in March. We tested concurrently with the OnePlus McLaren and Samsung Galaxy Note 10 Plus. The McLaren supported new features which T-Mobile recently introduced into its network, thereby allowing us to evaluate the incremental performance benefits.

Vendor Interoperability Issues Exist.  We quickly discovered performance-related issues that we later attributed to interoperability issues between the chipset and the infrastructure. These issues, which stem from recently introduced software/firmware, made testing difficult, but we were able to make necessary adjustments in the analysis process. We understand a potential fix is in the works.

Concurrent 5G NR and LTE at 600 MHz. The McLaren smartphone supported simultaneous use of LTE and 5G NR in 600 MHz, thereby making better use of the operator’s spectrum resources and allowing SRG to make a direct comparison of LTE and 5G NR spectral efficiency. Limited use of this feature in the network, due to certain underlying requirements, diluted the overall benefits of this feature.

Enhanced Mobility.  The McLaren smartphone supported enhanced mobility (e.g., handovers between 5G NR cells, or PCIs). The feature reduced the handover time by an impressive 95%, but once again certain underlying requirements diluted the overall benefits of this feature. We discuss.

Comparisons and Contrasts.  With two smartphones and unlimited data usage at our disposal, we were able to characterize the performance differences between the two smartphones for both mid-band LTE and 5G NR. We also looked at 5G NR and mid-band LTE spectral efficiency, as well as the incremental benefits due to 256 QAM and higher MIMO rank. Don’t assume 5G NR comes out on top.