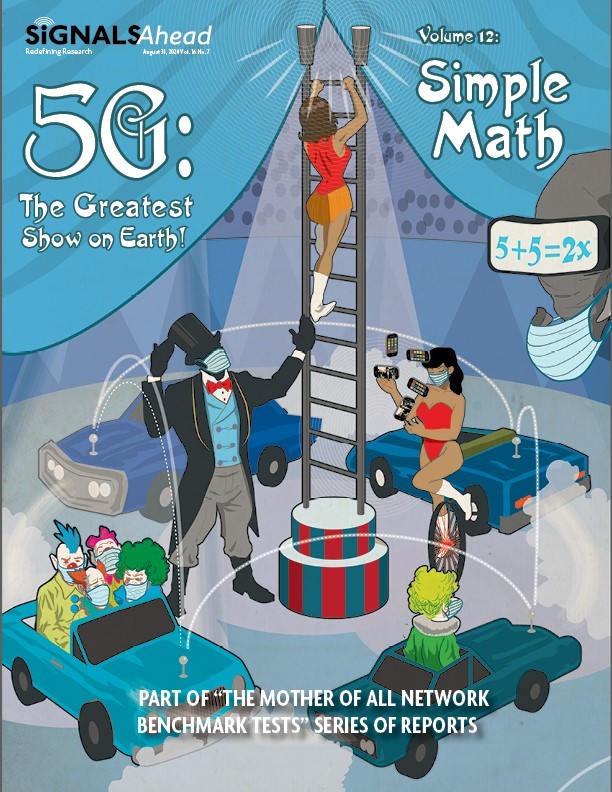 SRG just completed its twelfth 5G benchmark study, this time with a focus on the AT&T Band n5 and Band n260 networks which support downlink and uplink PDCP split bearer combining. AT&T has 2×5 MHz of Band n5 in Indianapolis and 2×10 MHz in Dallas, thanks to DSS. Additionally, AT&T has 400 MHz of 39 GHz spectrum in Dallas.

Simple Math.  PDCP split bearer functionality can have a much greater impact on total end user data speeds in the uplink than in the downlink direction. The primary reason is that in the downlink 3CCA to 5CCA LTE accounts for the majority of the total throughput. In the uplink, total data speeds can double, especially if uplink LTE carrier aggregation isn’t present.

The Tradeoff.  As is the case with downlink PDCP combining, leveraging a low-band 5G NR carrier means the smartphone can’t use a low-band LTE carrier. This tradeoff can negate the benefits of uplink combining and even result in a net negative gain in speeds when uplink carrier aggregation is available and the low-band LTE channel has greater bandwidth than 5G NR.

Split Bearer in Band n260 improves performance, but the results could be better.  Results were protocol specific but in all cases greater use of 5G NR and LTE radio assets should be possible.

Darn that Thermal RLF.  Thermal RLFs (Radio Link Failures) reared their ugly head in our tests. This outcome is understandable in Dallas in mid-August but hard to rationalize when the phone is in an air conditioned car in Indianapolis on a rainy day and only transmitting modest uplink data speeds. We put things into context by looking at how much data a phone can receive/send for a given increase in temperature.