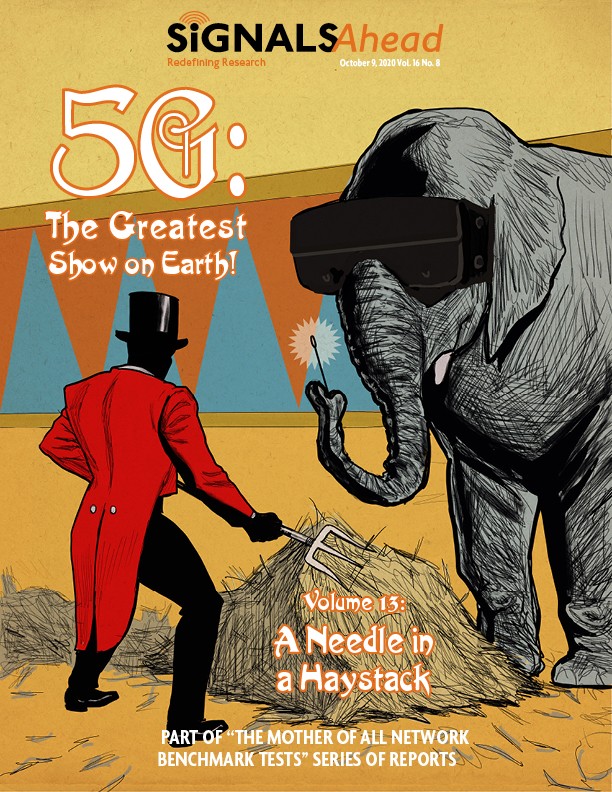 Needle in a Haystack

SRG just completed its thirteenth 5G benchmark study, this time with a focus on the T-Mobile Band n71 5G NR Standalone (SA) network and how it compares with the operator’s 5G NR Non-Standalone (NSA) network. We tested in the Dallas area, as well as rural areas in Minnesota and Wisconsin.

Our Thanks.  We did this study in collaboration with Accuver Americas, Rohde & Schwarz, and Spirent Communications who provided us with their respective test equipment and platforms, which we identify in the report. SRG did all the testing and analysis of the data and we are solely responsible for the commentary in the report.

Our Methodology.  We did most of our testing with two smartphones operating in parallel. One smartphone (S20 Ultra) supported SA and the other smartphone (McLaren OnePlus or Note 10 Plus) only supported NSA. In some tests we forced the S20 Ultra to remain in SA mode even though NSA was available. We logged chipset diagnostic messages and captured scanner data to independently determine LTE and 5G NR RF characteristics.

Improved Coverage and Performance.  Although it wasn’t easy to find locations where the smartphone used [needed] SA, in those regions, we observed 5G NR coverage which didn’t exist with the NSA-capable smartphone. We also documented meaningful increases in end user data speeds, even in cases when the NSA smartphone was using both LTE and 5G NR.

Related Challenges.  PDCP packet losses, especially with poor LTE coverage remain a big problem that isn’t specific to any operator or vendor. Furthermore, we continue to observe smartphones camping on a low-band LTE frequency (i.e., Band 12) instead of leveraging 5G NR in another low-band frequency. We are very familiar with the airplane mode feature which can trigger a different response and the desired outcome.

Sidebar Study.   Because we could, we drove across much of Wisconsin while testing the top three operator networks. AT&T had the fastest network (by far) while the T-Mobile network had the greatest use of 5G NR. We also captured scanner data to look at operator low-/mid-band LTE coverage and 5G NR coverage.