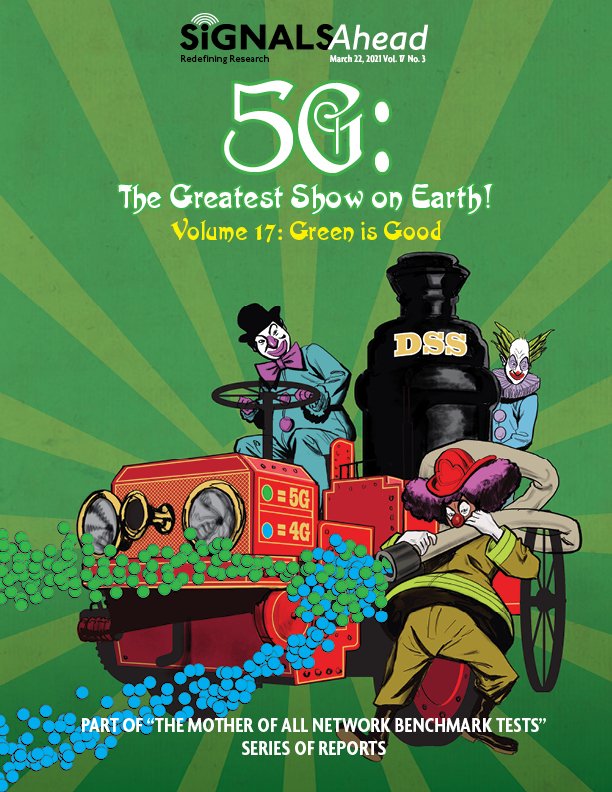 SRG just completed its seventeenth 5G benchmark study, this time with a focus on 5G NR scheduler efficiency with DSS or 5G NR in a dedicated radio channel and how it compares with LTE scheduler efficiency. We tested Ericsson (Verizon DSS in Band n5) and Nokia (T-Mobile dedicated bearer in Band n71). A higher resolution version is available upon request or it can be downloaded from the SRG website.

Our Thanks.  We did this study in collaboration with Sanjole and Spirent Communications. Sanjole (now part of Keysight Technologies) provided us with the use of its WaveJudge and IntelliJudge test platforms as well as engineering support to help us collect the data. SRG did all the testing and analysis of the data and we are solely responsible for the commentary in the report.

Our Analysis Methodology.  Since we captured all scheduled resource elements (REs) for all attached mobile devices within the cell sector, we could then precisely determine the percentage of REs used for user plane data traffic, control channel and broadcast channels, signaling, and those REs which went unused. As a frame of reference, in a 5 second capture we analyzed more than 129 million REs between LTE and 5G NR.

A Great DSS Tutorial.  Thanks to real-world scheduling of LTE and data traffic, we are able to offer a great tutorial on how DSS works, not only in theory but in practice. It is downright remarkable to see LTE signaling messages alongside 5G NR data traffic, not only in the same radio channel or slot/sub-frame, but sitting side-by-side in adjacent REs (1 RE is 15 kHz wide and lasts for only 0.000071 seconds).

The Results.  It is pretty obvious in the data that vendors have been optimizing their LTE schedulers for more than the last decade and that they have only had commercial 5G NR solutions for approximately two years. This outcome is especially true for Nokia. With DSS (Ericsson) there are the inherent challenges of DSS which come into play. LTE schedulers (first place), dedicated 5G NR scheduler (second place) and DSS (third place) with double digit percentage point differences separating them.

Next Steps.  This study is hopefully just the beginning. Other likely studies involve Open-RAN vendors versus 500 pound Gorillas, the inclusion of other vendors, and tracking the progress of all vendors in an unfiltered manner over time.