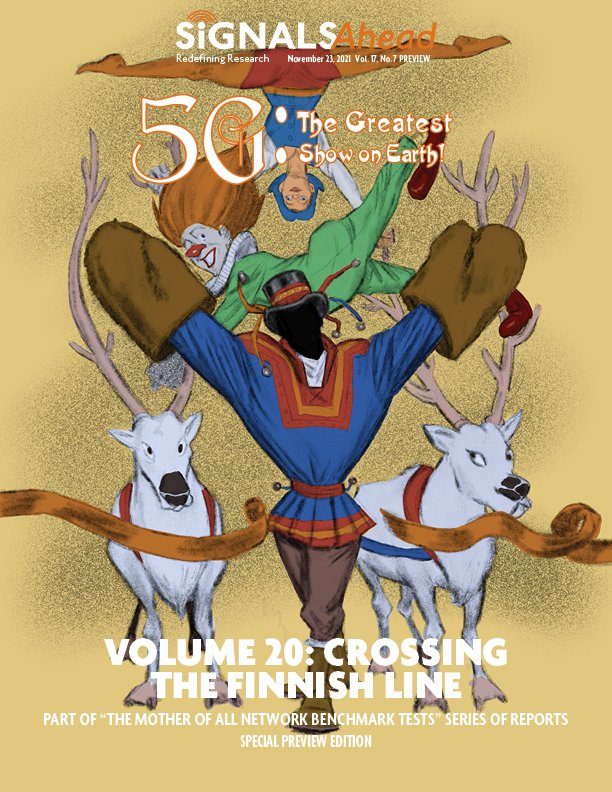 SRG just completed its 20th 5G NR benchmark study. For this endeavor we conducted a performance analysis of the Elisa 5G NR network, which the operator has deployed in Band n78 (3.6 GHz).

Key Highlights from the Study

Our Thanks.  We did this study in collaboration with Accuver Americas and Spirent Communications who provided us with their respective test equipment and platforms, which we identify in the report.  SRG did all the testing and analysis of the data and we are solely responsible for the commentary in the report.

Our Methodology. We used two Asus Snapdragon Insiders smartphones to collect performance metrics. We did drive testing and walking testing, uplink and downlink tests, and used one or two phones in parallel – with the latter we locked one phone to LTE.

A few more teasers.  MIMO Rank 4 and 256QAM had a big influence on throughput. The maximum downlink throughput was nearly 1.4 Gbps, based on one-second time binning of the data.

And a few more teasers.  5G NR network coverage in Helsinki was very comparable with LTE, based on a detailed analysis of RSRP and distances to the serving cell site.

A few last teasers.  We also leveraged earlier results from testing Bn41 to compare coverage with Bn78. Results were surprising and although Bn41 had an advantage with uplink coverage, performance differences can be influenced by vendor settings in the gNB.