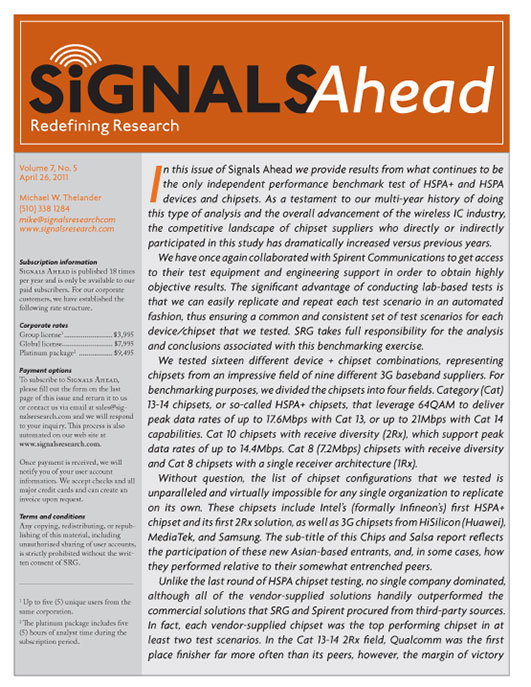 This special edition Chips and Salsa report marks the fifth time that we have collaborated with Spirent Communications to conduct independent performance benchmark analysis of 3G chipsets. Thanks to our long-standing effort and reputation for doing these tests, not to mention the implications that these reports have on the industry, we were able to test a large number of 3G chipset configurations which we know have had very little exposure in the industry, let alone been subjected to rigorous independent performance benchmark tests. Our report provides this insight. These chipset configurations include Intel’s first HSPA+ chipset, not to mention its first receive diversity solution, as well as 3G chipsets from HiSilicon (Huawei), MediaTek and Samsung.