Come Together, Right Now, Over LTE 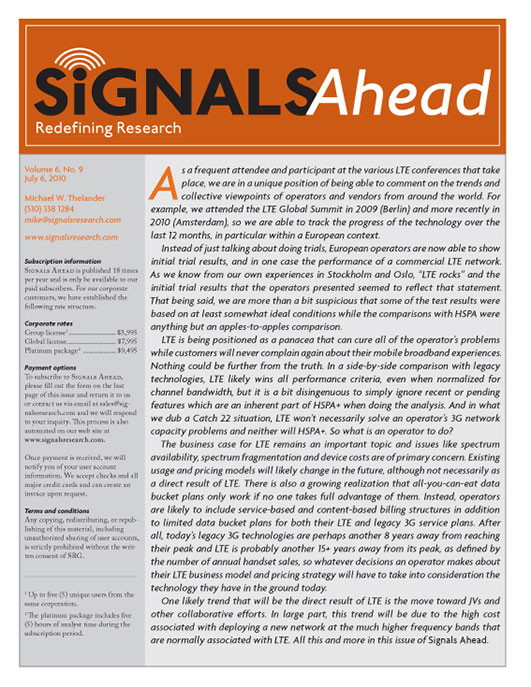 Come Together, Right Now, Over LTE

In this issue of Signals Ahead we provide a market and technology update on LTE with a particular focus on the European market. This report stems from our participation at this year’s LTE Global Summit, which was held in Amsterdam. From PowerPoint to Trials. At last year’s event, operators only talked about their trial plans. At this year’s event they presented actual trial results. We examine those experiences and raise a cautionary eyebrow that things may not be all that they appear to be. The Business Case for LTE Revisited.

We discuss critical elements associated with the business case for LTE.