Mobile Broadband Down Under 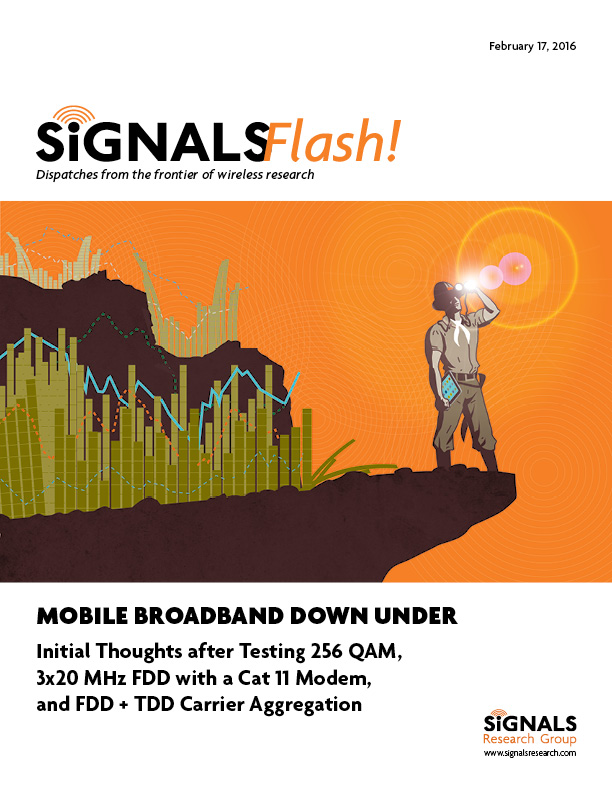 Mobile Broadband Down Under

Data Consumption.  In total, we generated at least 800 GB of transferred data on the two networks over a period of only a few days – we’ll have an exact tally after we finish the analysis.  We did a majority of the testing during the nighttime within the Melbourne CBD as well as immediately outside of the CBD in a more suburban environment.  In addition to drive testing for a preponderance of the time, we also included stationary testing, pedestrian testing during the afternoon, and a lengthy City Link train ride around the core of the CBD.

The Telstra Network Configuration.  The Telstra network supports up to three 20 MHz FDD carriers with 256 QAM enabled in each carrier and at each cell site.  In addition to Band 28 (778 MHz) and Band 3 (1812.5 MHz), we identified two carriers deployed in Band 7 (2640 MHz and 2659.8 MHz).  We used the NETGEAR AirCard 810S mobile hotspot with the Qualcomm X12 Cat 11 modem.  Ericsson is the infrastructure supplier.

Why it Matters.  256 QAM can provide measurably higher individual data rates and it can increase network efficiency for a relatively modest incremental cost – if the RF conditions are favorable enough to support it.  FDD + TDD carrier aggregation gives the operator the best of both worlds:  FDD for coverage and TDD for capacity.  However, the two duplex modes need to work seamlessly together and the ecosystem needs to support it.