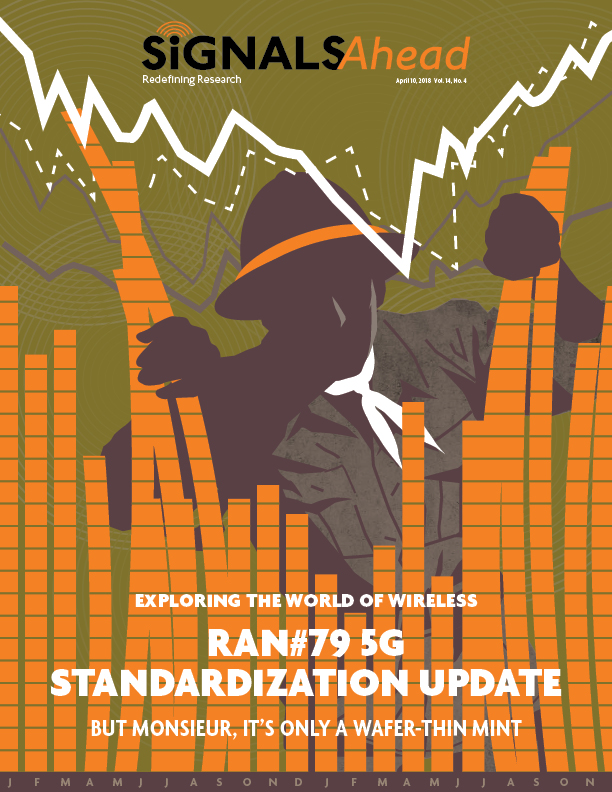 But Monsieur, It's Only a Wafer-Thin Mint

SRG recently attended the RAN#79 Plenary, held in Chennai, India.  With the Option 3 NSA drop “finished” in December, it was time to move onto other items pertaining to both Release 15 as well as to Release 16.  Most items of interest remain unresolved, but the showdown is set for RAN#80 in June.  It is most likely that certain architecture options will not be completed in June, but they will remain part of Release 15.  Release 16 study/work items haven’t been finalized but there clearly isn’t room for all of them.

The Late Release 15 Drop.  3GPP completed Option 3 six months early, but now it appears Option 4 and Option 7 (potentially even Option 5) will not be completed until December with ASN.1 freeze in March 2019. We discuss the implications.

When a Freeze isn’t Frozen.  3GPP completed the ASN.1 freeze for Option 3, but things remain very fluid. It is unlikely any operator will deploy the Option 3 specifications that exist today due to the immaturity of the specifications as well as some disconnect between some of the RAN working groups. Things should get resolved in Q2.

A Skinny Release 16?  No one knows what features will make their way into Release 16, but there are far more proposed study/work items than there is time o complete them with the current schedule. There is growing interest to scale back Release 16, but like Release 4 and Release 9, which followed major 3GPP releases. Look for this issue to be addressed in June.

Odds and Ends.  Additional items we discuss include mobile device (UE) supported features for Release 15, LTE at 2.4 GHz, the use of NB-IoT and eMTC for 5G, and RAN working group updates.