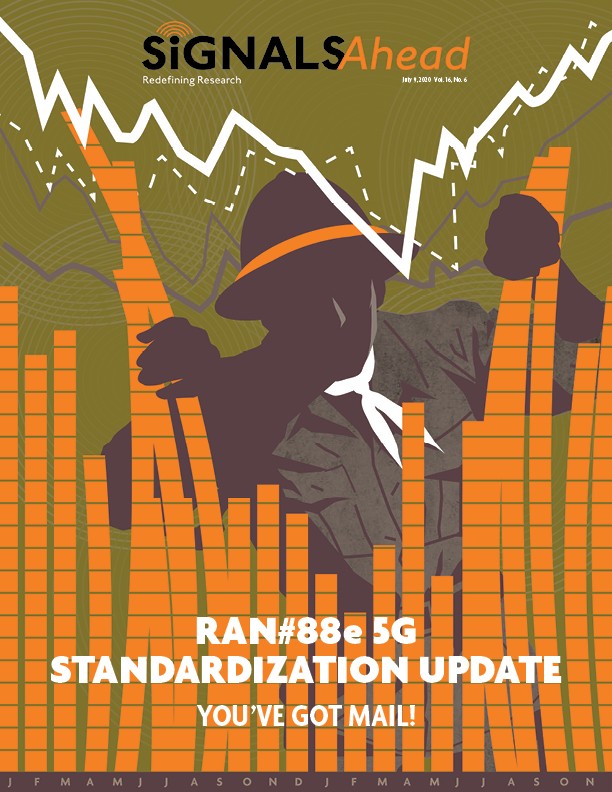 SRG just finished participating in RAN#88e from the comforts of our home office. As it stands now, all 3GPP activities through at least the end of the year will be done electronically. instead of face-to-face.

Release 16 “sort of” in the books.  3GPP formally completed work on Release 16 with the ASN.1 freeze during the plenary. It was really a formality since much of the work was previously completed at the various working group meetings. However, we anticipate non-backwards compatible change requests (similar to what happened with Release 15), RAN4 work continues on Release 16, and there were a few critical work items that required an exception sheet, meaning additional work remains. NR-U, enhanced MIMO and IAB are items where work remains.

Additional Release 17 Delays Inevitable.  Although no decision was made, it is a certainty the Release 17 completion date will slip by at least six months, with or without a reduction to existing functionality. No 3GPP face-to-face meetings will occur until at least Q1/2021.

Changes in the Wind.  3GPP last dealt with Release 17 functionality at RAN#86, last December. At the RAN#88e plenary, there was the opportunity to introduce new Release study/work items, including 5G NR in new spectrum bands, as well as make changes to objectives for existing study/work items. We go through most of the new items and explain changes that were made to existing items.

Back in the Saddle.  We are looking forward to doing more benchmark studies throughout the remainder of the year. Vendors/operators are getting set to introduce new functionality and we are just waiting for this action to happen.