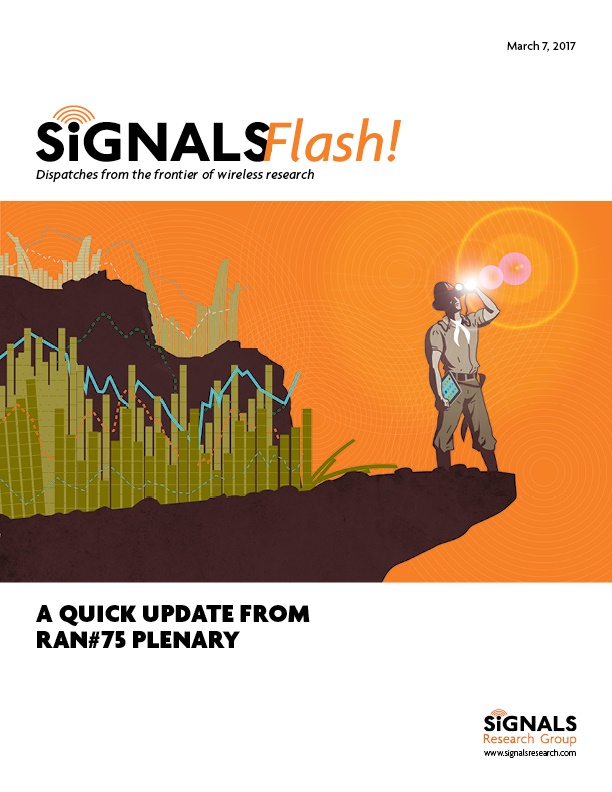 Although we are barely two days through the RAN#75 Plenary, in Dubrovnik, Croatia, a lot has already happened. Further, the stage is set for some important decisions which will impact Release 15 and Release 16 functionality. We will provide a complete update in our Signals Ahead publication.

5G Ahead. Although the idea of completing the NSA (Non-Standalone) implementation of 5G / NR (eMBB only) has been around since June 2016, it gained a lot of attention thanks to a well-timed press release just prior to MWC. This time around the proposal made its way through 3GPP.

5G – It’s Official. Prior to this plenary, 3GPP reached consensus regarding the terminology / marketing term for the next-generation technology currently being defined within the standards body. It is now known as 5G – surprise.

What is in and What is out. The big decisions for this plenary involve what is in and what is out of Release 15 (work items), not to mention Release 16 study items. The dust hasn’t quite settled on near-term 5G / NR functionality, but the writing is on the wall for at least a few key features that we earlier suggested wouldn’t make the cut. Spectrum prioritization is another hot topic.