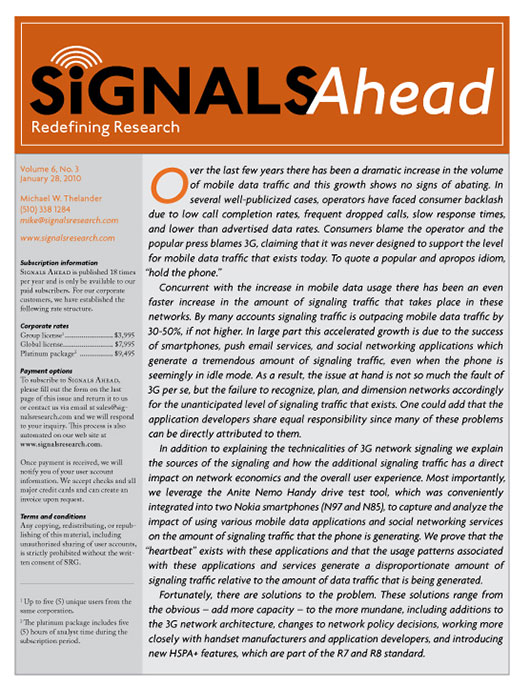 The Trouble with Twitters

Over the last few years there has been a dramatic increase in the volume of mobile data traffic and this growth shows no signs of abating. In several well-publicized cases, operators have faced consumer backlash due to low call completion rates, frequent dropped calls, slow response times, and lower than advertised data rates. Consumers blame the operator and the popular press blames 3G, claiming that it was never designed to support the level for mobile data traffic that exists today. To quote a popular and apropos idiom, ‘hold the phone.”

Concurrent with the increase in mobile data usage there has been an even faster increase in the amount of signaling traffic that takes place in these networks. By many accounts signaling traffic is outpacing mobile data traffic by 30-50%, if not higher. In large part this accelerated growth is due to the success of smartphones, push email services, and social networking applications which generate a tremendous amount of signaling traffic, even when the phone is seemingly in idle mode. As a result, the issue at hand is not so much the fault of 3G per se, but the failure to recognize, plan, and dimension networks accordingly for the unanticipated level of signaling traffic that exists. One could add that the application developers share equal responsibility since many of these problems can be directly attributed to them.