Stick a Fork in it! 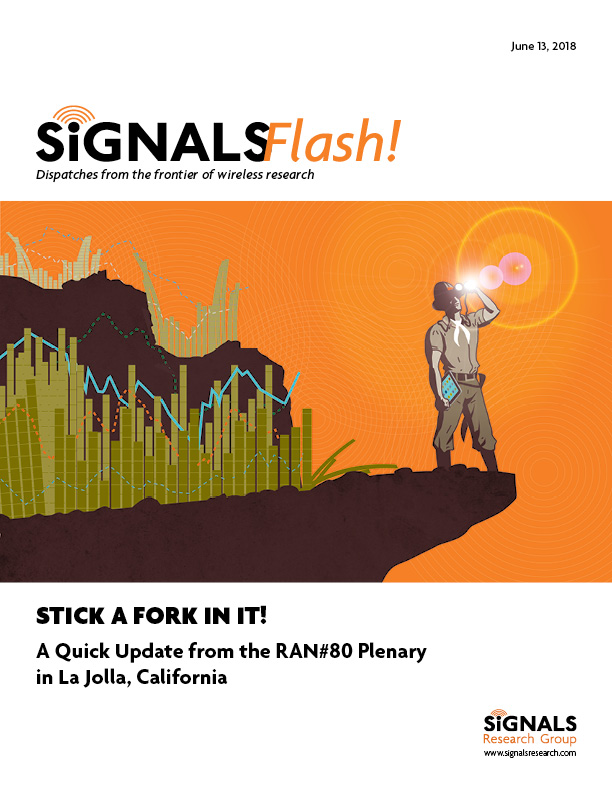 Stick a Fork in it!

A Quick Update from the RAN#80 RAN Plenary in La Jolla, California

This week we are attending the RAN#80 Plenary in La Jolla, California.  SRG has attended 3GPP meetings since the 5G standardization work started in late 2015 and we’ve been a member company of 3GPP/ETSI since 2016.  Given the importance of this meeting w.r.t. the anticipated completion and acceptance of the Release 15 specifications, we decided to issue a very quick Signals Flash, based on where things stand at this time.  Following the completion of the entire Plenary, we will publish a far more detailed synopsis in our Signals Ahead series of reports.

Stick a Fork in it. The long-stated target date for the completion date of Release 15 was June 2018 (RAN #80) so it should come as no surprise that 3GPP “finished” Release 15 this week.  In addition to the two subsequent bullets, it is worth noting that 3GPP won’t finish the intended set of 5G functionality required to meet IMT-2020 requirements until 2019 when it finishes work on Release 16.

Not so Fast, my Friend. To borrow the catch-phrase of Lee Corso with ESPN Game Day fame, despite the victory lap, Release 15 is far from finished.  3GPP finished Option 3 (NSA) back in December 2017 and it just “finished” Option 2 (SA) this week.  However, Release 15 also includes other architecture options (4, 5, and 7), which won’t be finished until December 2018, followed by another 3 months for the ASN.1 freeze.  The fate of NR-NR DC for Release 15 hangs in the balance.

Release 16 Food Fight. So far, the plenary has spent very little time on Release 15.  Instead, the real focus is on defining a doable set of Release 16 study and work items for both LTE and 5G New Radio (NR).  The functionality enabled by the completed Release 16 work items will define the set of 5G specifications which will become a part of IMT-2020.  Already, there is some talk of Release 17 functionality since it is inevitable there won’t be much time for new study/work items in the forthcoming release.