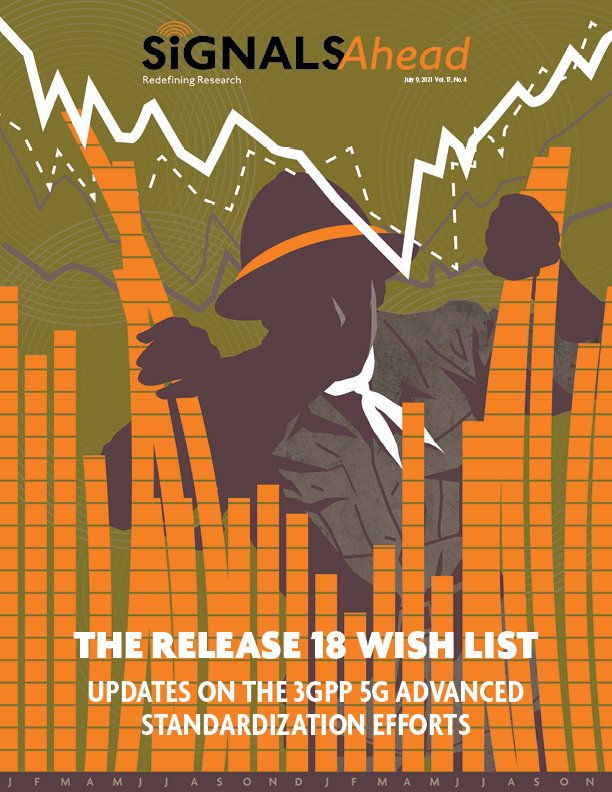 In this Signals Ahead, we highlight the industry’s current thinking on Release 18 5G NR functionality, better known as 5G NR Advanced. Although the “final decisions” on Release 18 activities won’t be made until December with Release 18 activities currently scheduled to last 18 months – functionality won’t be commercialized until at least 2025 – it is helpful to understand where operators and vendors from around the world have some common beliefs on what is needed in the standard.

No mention of LTE.  When 3GPP held its first 5G workshop back in 2015 there was discussion on future LTE functionality. Not this time around, suggesting future LTE work will be specific to bug fixes and modifications needed to support the evolution of 5G NR.

More efficient RAN.  Dozens of proposals dealt with improvements to the radio access network for both FR1 and FR2 (mmWave) – the latter included support from multiple operators. Better scheduling, improved MIMO and, especially, improvements to uplink coverage and capacity topped the list.

Bring out the verticals.  Nonterrestrial Networks (NTN) was a hot topic as was IIOT (Industrial IOT) and broadcast/multicast, although none of these topics has seen much in the way of commercialization as of now.