To Delano and Beyond! 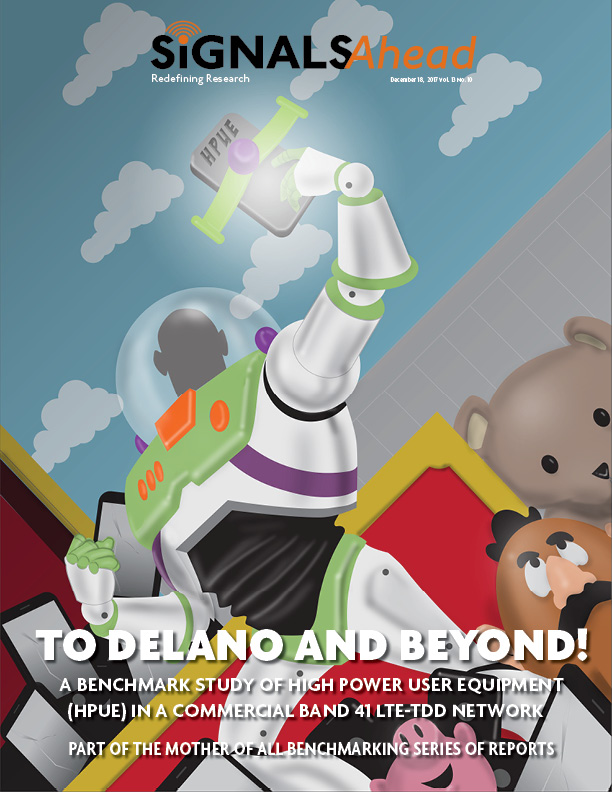 To Delano and Beyond!

Key Highlights of the Study Include the Following:

Our Thanks.  We’d like to thank Accuver Americas who provided us with its XCAL-Solo drive test solution and XCAP post processing software.  We used these tools to collect and analyze the data presented in this report.

Our Methodology.  We used FTP downlink/uplink full buffer data transfers to analyze the performance of two smartphones, including data speeds and more important underlying metrics which we used to determine why the two smartphones performed differently, if, in fact, we noticed any measurable differences in the results.  We used both time-based and geo-binned data for our analysis.

The Potential Results (read the report to learn what we found).  In theory, the benefits of HPUE include the following:

Higher uplink data speeds, meaning a better user experience, especially at the edge of cell or in other coverage challenged areas of the network;

Higher downlink data rates in situations where the uplink coverage limits the transmission of uplink ACKs and NACKs, thereby indirectly limiting the data speeds in the downlink direction – this situation is more likely with 3CCA (3 component carrier aggregation);

Increased uplink spectral efficiency by using higher MCS values, especially at the edge of the cell or in other RF-challenging environments; and