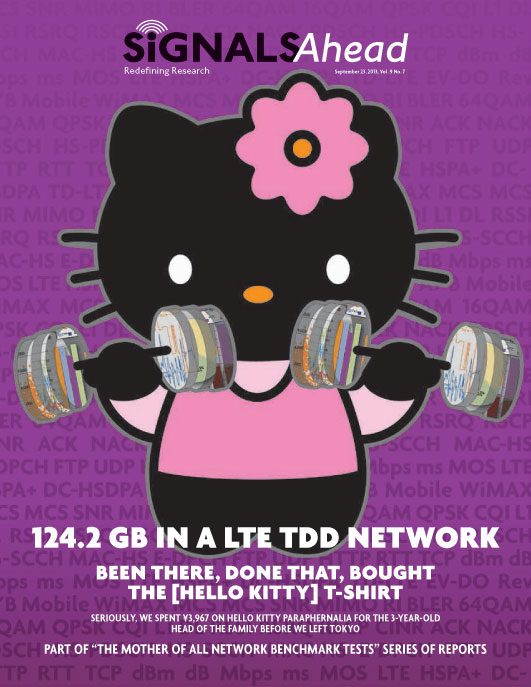 Seriously, We Spent ¥3,967 on Hello Kitty Paraphernalia For The 3-Year-Old Head Of The Family Before We Left Tokyo

This 49-page report is specifically tailored to those operators and other entities who are interested in understanding the performance similarities and differences when the two duplex schemes are deployed in the same market, albeit in different frequency bands and with different channel bandwidths.