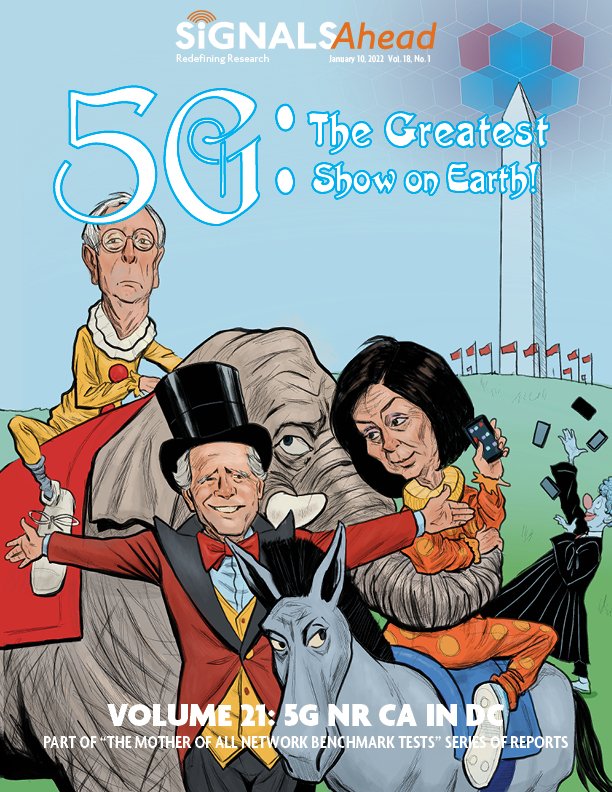 SRG just completed its 21st 5G NR benchmark study. For this endeavor we conducted a benchmark study of TDD-TDD and FDD-TDD carrier aggregation (CA) using the T-Mobile USA network in the Washington, D.C., area where Ericsson is the infrastructure supplier. To the best of our knowledge, T-Mobile is the first operator to deploy both flavors of 5G NR CA in its commercial network.

Our Thanks. We did this study in collaboration with Accuver Americas and Spirent Communications who provided us with their respective test equipment and platforms, which we identify in the report. SRG did all the testing and analysis of the data and we are solely responsible for the commentary in the report.

Our Methodology.  We used two Galaxy S21 smartphones to do comparative testing which allowed us to quantify the coverage benefits of FDD-TDD CA and the throughput benefits of TDD-TDD CA. We also tested Non-standalone (NSA) versus Standalone (SA), in which we looked at CA performance as well as handover times, latency, and jitter.

CA Results.  Not surprisingly, we observed the same incremental benefits with 5G NR CA that exist with LTE CA. In the case of T-Mobile, the operator is using 100 MHz for the Primary Cell (P Cell) and 20 MHz for the Secondary Cell (S Cell), both in Band n41 (2.5 GHz). Peak speed was >1.7 Gbps with LTE (NSA), but the benefit of using TDD-TDD SA is that 5G NR performance is better than with TDD-TDD NSA when there is loading on the LTE network. Further SA allows the operator to move away from LTE and its limitations.

FDD-TDD CA is more Interesting.  With FDD-TDD CA, Band n71 is used for the P Cell with Band n41 (100 MHz channel) serving as the S Cell. With this configuration, we documented greater Band n41 coverage as well as instances of higher throughput closer to the cell.

Handovers, Latency and Jitter.  We documented significant improvements in handover times, as well as some differences in latency and jitter with the NSA mode than with the SA mode.