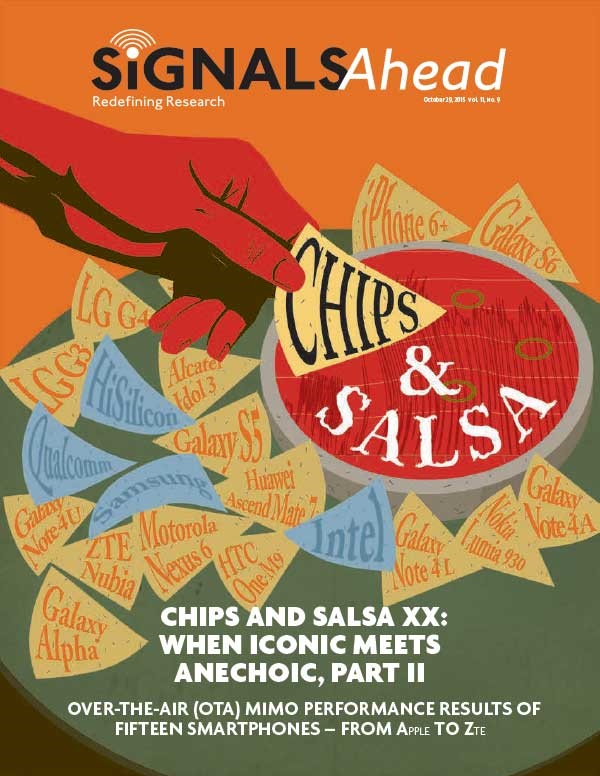 In our 20th Chips and Salsa, we collaborated closely with Spirent Communications, PCTEST, and EMT Labs, to conduct arguably the industry’s most extensive independent OTA MIMO performance testing of leading smartphones – from the Apple iPhone to the ZTE Nubia. All testing took place within an ETS-Lindgren anechoic chamber.  In total, we tested 15 different smartphones (3 bands per phone) that we procured from around the world, including LTE chipsets from 4 different baseband suppliers.

HIGHLIGHTS FROM THE STUDY INCLUDE THE FOLLOWING: