Deep in the Bowels of LTE Network Performance 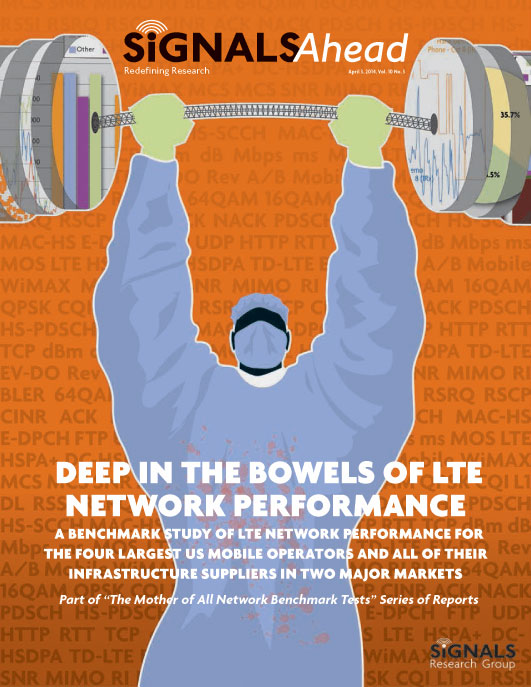 Deep in the Bowels of LTE Network Performance

LTE Performance involving 5 US operators and their Infrastructure Suppliers

In our continuing “Mother of all Network Benchmark Tests” series of reports, we provide results from LTE network testing that we did in San Francisco and Phoenix, Arizona, including the ASU campus in Tempe.  Operators include AT&T, Sprint, T-Mobile and Verizon Wireless.  Infrastructure vendors include Alcatel Lucent, Ericsson, Nokia Solutions and Networks, and Samsung.
This study was done in collaboration with Sanjole who provided us with its WaveJudge 4900A LTE Analyzer and IntelliJudge test platform.  With these powerful tools we were able to capture and analyze all Physical Layer and other protocol exchanges that occurred over-the-air (OTA) between an eNB and the active mobile devices that were within its coverage area.

KEY QUESTIONS THAT WE ANSWER: