Deep in the Heart of DSS 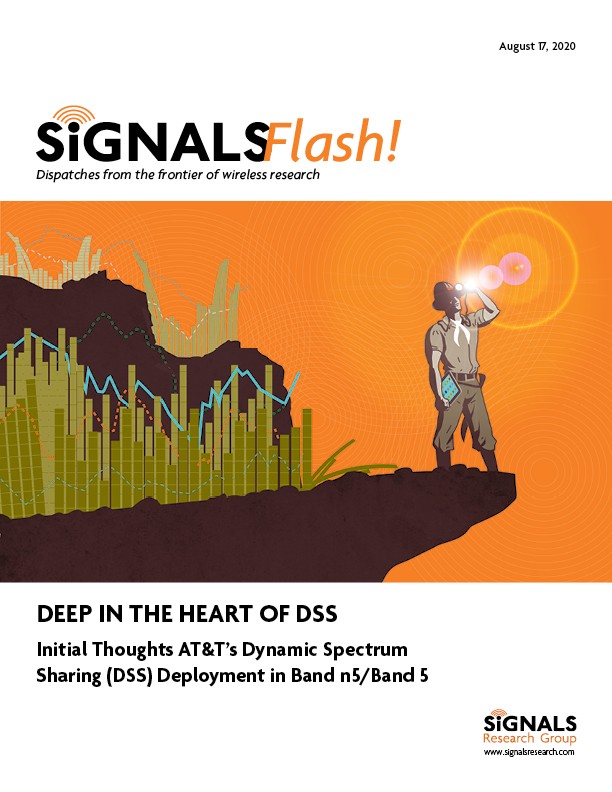 Deep in the Heart of DSS

Our Thanks.  We did this study in collaboration with Accuver Americas, Rohde & Schwarz, and Spirent Communications who provided us with their respective test equipment and platforms, which we identify in the report. SRG did all the testing and analysis of the data and we are solely responsible for the commentary in the report.

DSS is alive and well.  Like our earlier Signals Flash on NSA versus SA, our initial look at DSS is very limited in nature, however we spent enough time using the functionality to know DSS has moved well beyond slideware to a commercially-available 5G NR feature that will allow operators to migrate their networks from LTE-only to LTE + 5G NR, and eventually 5G NR only. The latter scenario is a process that will take at least another decade to achieve.

Darn that Intermodulation Interference.  Today’s smartphones can’t support the simultaneous use of two low band frequencies, unless they are intra-band like T-Mobile’s Band 71/ Band n71 deployment, which we covered in an earlier Signals Flash. This limitation also hampers AT&T’s DSS deployment. We explain.

Better than we Thought.  T-Mobile’s SA network only kicks in when mid-band LTE coverage isn’t good enough to provide the anchor carrier for its Band n71 5G NR network. From our continued testing in semi-rural Texas, we still find it difficult to locate areas where there is 5G NR coverage (Band n71) and inadequate mid-band LTE coverage. We found a work-around solution to test SA plus we’ve hatched a diabolical scheme to further analyze SA and its impact on 5G NR coverage in the upcoming weeks.