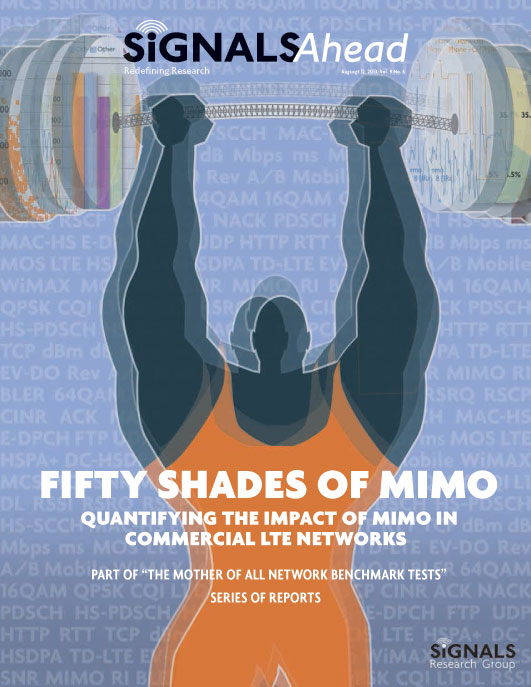 Quantifying the impact of MIMO in commercial LTE networks

The various MIMO (Multiple Input, Multiple Output) antenna schemes are key technology enablers and they play a critical part of the LTE standard. In theory, 2 x 2 MIMO can double the end user throughput, but in practice the actual gains can be far more modest. Given the large number of dependencies, the most valid and interesting approach is to convince an operator [in our case two operators] to turn off MIMO and then see what happens. Easier said than done!

With the continued support of Accuver, we leveraged its XCAL-M drive test solution and its XCAP post-processing software to evaluate the performance of two LTE networks that were specially configured to only support Transmission Mode 2 (Transmit Diversity) and configured to support Transmission Mode 3 (Open Loop MIMO). SRG takes full responsibility for the analysis and conclusions that we provide in this report.

KEY OBSERVATIONS INCLUDE THE FOLLOWING: