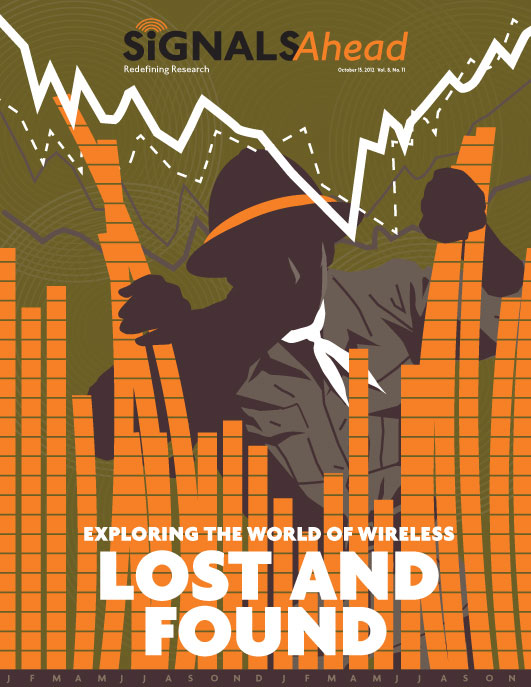 In this issue of Signals Ahead we provide part two of our two-part series on A-GNSS platform performance. This particular focus was on the real-world performance of the most popular smartphones in a commercial network, including the time required to obtain an unassisted satellite fix and their measurement accuracy under different conditions.

Additionally, we provide an analysis of the most popular navigation applications, including AT&T Navigator, VZ Navigator, Google Maps, and TeleNav, as implemented on a Verizon Wireless iPhone. This study focused on performance characteristics, such as the amount of signaling traffic that the applications generated, the amount of data traffic that they consumed, and their impact on the battery life, as determined by the length of time the smartphone remained in the connected state.