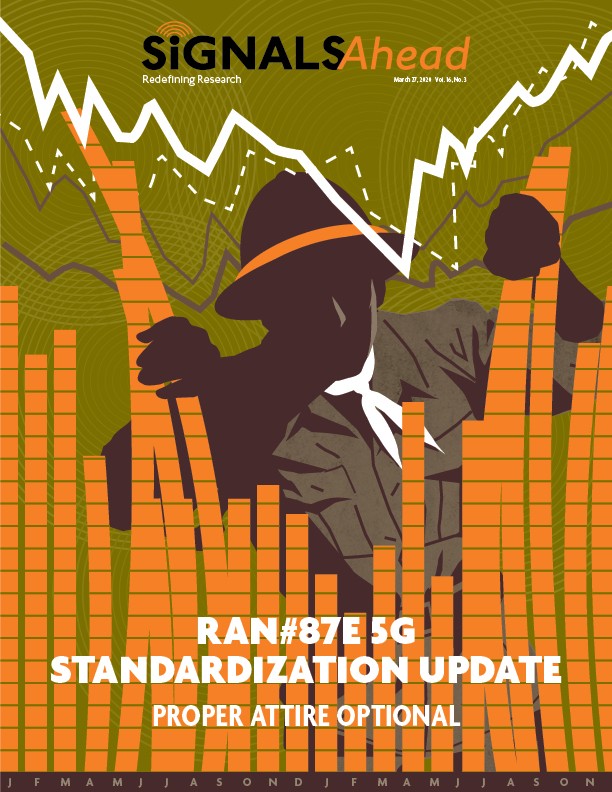 SRG just finished participating in RAN 87e from the comforts of our home office.  As it stands now, all 3GPP activities through at least June, including the next plenaries, will be done electronically. instead of face-to-face.

More Electronic Meetings in Store.  3GPP leadership has decided to cancel all planned face-to-face working group and plenary meetings through June.  Instead, the meetings will take place electronically, involving a mix of email discussion threads and conference calls.  A 3 month delay has already been announced and we think a further delay and/or a reduced scope to Release 17 is very possible.  What works well with noncontroversial agenda items doesn’t work when the table stakes are raised.

It isn’t the End of the World.  Another delay to Release 17 beyond the already announced 3 month slippage isn’t the end of the world.  Vendors and operators can focus on commercializing and optimizing R15 and R16 features that could greatly improve the performance of today’s 5G NR networks.

Interesting Agenda Items.  Although 3GPP made progress with some agenda items, other important agenda items remained unresolved.  Highlighted agenda items / email threads that we discuss in this report include UP IP, IAB, PC5 (a new power class for FWA), PC ambiguity, and UE transient states.

The Acronym Soup Matters.  Although the agenda items we discuss sound technical and arcane, there are real world performance and security issues at stake.  We discuss.

Better Times Ahead.  We had another benchmark study in the works, but our efforts were temporarily stalled by travel constraints, among other factors.  Fortunately, we can still drive test in our local area since that isn’t part of the current “Stay at Home” restrictions in place.  If nothing else, our delays in getting out reports have no impact on active subscriptions, since a subscription is based on the number of received issues and not a fixed period of time.